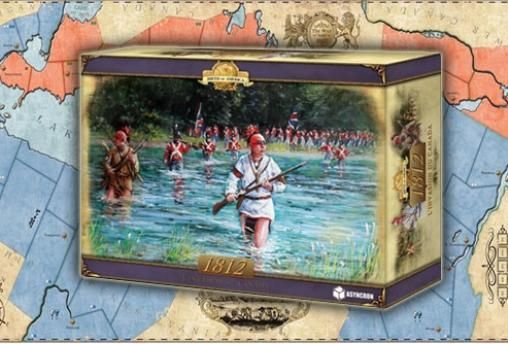 The year is 1812. War is raging across Europe and Russia. Napoleon, emperor of France, is seeking to dominate Europe through conquest. France’s enemies, led by England, are engaged in a desperate struggle to defeat Napoleon. England, in dire need of men, is impressing men to serve in its navy. Included are Americans who are pressed into service at gunpoint.

The young American nation objects. Eager to defend its sovereign rights and to strengthen its position in North America, the United States declares war on Britain on June 18, 1812. Taking advantage of the British Army being occupied in its struggles against Napoleon, American forces invade Canada in order to drive the British from its last remaining colony on North American soil. Surprised, Britain reels from the attack and now has to face another enemy threat on another front.

In 1812 - The Invasion of Canada, players take on one of the roles of the major factions that took part in the War of 1812. On the British side these are represented by the British Regulars (Redcoats), Canadian Militia and Native Americans; and the American Regular Army and American Militia comprise the American players. Players for each side will cooperate with each other in order to plan and conduct their campaigns. Each side will attempt to capture Objective Areas on the map. When a truce is called, the side that controls the most enemy Objective Areas wins.