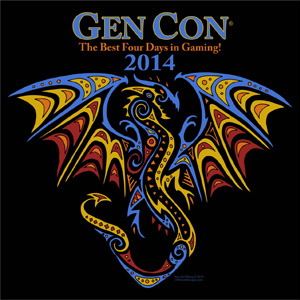 GenCon is one of the world's largest and most anticipated game conventions. Each summer, game publishers time the release of many of their new products to debut at GenCon, and with 56,000 gamers descending upon Indianapolis for the experience, there is a lot of buzz generated. And after the con's over (this year's GenCon was August 14-17), attendees come away with their impression of what the new "hotness" will be for the coming months.

Most of the popular board-game podcasts and blogs have done a recap of their GenCon experiences, and what they personally considered the most memorable new games at the show. What is it that everyone wants to play now? Everyone has their own list, but here's a sample of the buzz I hear...