Some modern games—that is, games developed since the mid-20th century—allow each player a certain number of “action points” to expend during their turn to accomplish a variety of tactical objectives. Action points are a kind of currency to be spent, occasionally to be saved up or even invested. Most of the time a consistent number of action points are allowed each player, but some systems give players a chance to acquire points in a variety of ways, from push-your-luck die rolls to random card draws to purchase via some parallel currency. Action points grant the player many choices limited by the cost of the available actions, and they also place a limit on the possibilities - a “risk/reward” balance - that keeps the action point economy fair throughout the game.

In 1948, Vernon Games published a little-known game called "Special Trains." It was a two-player game, each player manouvering a similar fleet of trains across the board to their own station. There are limited tracks that can be followed, and timing to use the sidings to let faster trains pass, and each of the trains moves at different rates. There's also a "non-player character" — an express train that moves across the board with the highest priority on the line. If you don't get out of the way to let it pass, you lose. Sounds fair enough - but here's the unique aspect that makes it relevant to this article: The game employs an Action Point Allowance to each player for each turn.

As noted, the trains in your "fleet" each are rated as to their movement rate (the number of spaces they can move in a turn). With a finite allotment of spaces each turn, the player decides how to "spend" those points to move any combination of their trains along the tracks.

Rolling dice in Pachisi or Backgammon is essentially determining your Action Point Allotment within the limits of the radomizer: a pair of standard cubic dice yields a range of 2 to 12. This total can be split (to a degree) between the player's pieces.

But rather than rolling dice to see how many spaces (or points) you can move, what if you have a permanent allotment of "action points" that you could spend on each turn?

The rule that a player can (or must) do several actions during their turn has always been a standard of "I-go-you-go" game play - even if it's just one action ("move a pawn" or "place a stone"). But the introduction of a VALUE to the actions, and a COST taken from some allotment - now we're talking some serious decision-making.

War gamers will point out many examples of Action Point systems assigned to units in a battlefield scenario that govern movement, firepower, and recovery ("healing" or "reloading") actions during a turn. The cost of moving a foot soldier one space is less than the cost of moving a tank one space; the cost of moving through a swamp or up a steep incline is more than moving down a gentle grass-covered slope. Beginning with a fixed number of points to spend, what's your best choice?

Sometimes these allotted points are based on the player's situation in the game. How much money they have (obviously), how much property they own, how many troops are deployed, what resources are available, what cards can you play, or where is you pawn on the board at the start of your turn?

Not counting betting and auction games, the introduction of "play money" into games goes back at least to Elizabeth Maggie's "Landlord's Game" (first patented in 1904). "The Money Game" (J.M. Dent, 1912) centered entirely around an economic theme. Money being the "action points" available to the player, they decide how best to spend those points to fulfill their goals. If you've played Monopoly, you've played an Action Point Allowance System or sorts.

But rather than rolling dice to see how far you can move, what if you could spend your "money" for that privilege?

If a player has money, or action points, to spend during a turn, there may not be an opportunity to spend it all during one turn. Money almost always remains with the player from turn to turn, but action points are most often renewed after each turn. Some games allow a player to "bank" action points to varying degrees, allowing the player to save up actions to achieve more significant feats during a later turn at the risk of doing less in the mean time.

There are some systems that will allow a basic allotment of action points per turn and augment that total in some way. A die roll, a played card, spent resources, even special abilities acquired as the game goes on, all can give a player more action points to spend on their turn. The acquisition of action points becomes a core feature of the game, either in certain phases or throughout. (In some games, unused "action points" can be converted to "victory points" at the end of the game, adding to one's score.)

The "Action Point Allowance System" has evolved into a standard mechanic over the past couple of decades to include many more options than just movement. Acquisition of resources or special capabilities, or execution of certain maneouvers during a turn are fairly common in modern games.

Another distinction is in the steps to be taken during a player's turn. Must they ALL be executed, or is there a choice? "I must do A, B, C, and D." Some steps must be taken in a logical order. ("Spin the spinner, move your pawn" can't be done the other way around.) But Action Points might be spent to alter the action order in some cases? "I must to A, B, C, and D, each of which costs one Action Point, but if I spend two more, I can do them in a different order?" Sometimes a player can spend action points to go first, or last, or to use an extra die during the current turn, or to achieve some other in-game advantage. The possibilities are endless.

It's not at all unusual to find a modern game that allows a player to execute a given number of steps in a turn from a larger set of possible actions. Some gamers have a decision-making threshold that makes this an undesirable feature. While considering a host of possibilities, they fall into "analysis paralysis" - stalling the flow of the game while they deliberate over the myriad outcomes that might occur. For other gamers, this range of choices and possible outcomes is exactly what they seek in a game. It's part of the challenge, and their enjoyment is derived from making those decisions, balancing strategy and tactics to achieve their ultimate goal.

All games have actions to be performed during each player's turn, and most have several ("draw card, move pawn, pay toll" etc.) The ability to make decisions about these actions is what differentiates this category, and adds a much deeper dimension to the game play.

Next time you play Forbidden Island (Matt Leacock, Gamewright Games, 2004), and you have those three actions to spend each turn, discuss these freely with your fellow adventurers. But your two actions in the Firefly Board Game might prove to be better spent without discussion. Decisions are what make a game a game and not just a random exercise in probability. When next you land on an unoccupied Park Place, how will you spend your allotted action point? 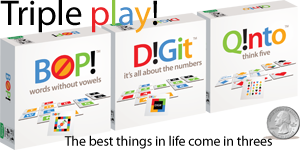 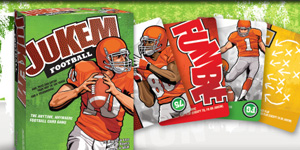